Today, I spent pretty much the whole day cooped up inside… I don’t have the proper winter attire here so I wasn’t going to venture out when it felt like 8F. Because it was a cold morning, I wanted to have something for breakfast that would make my tummy happy… 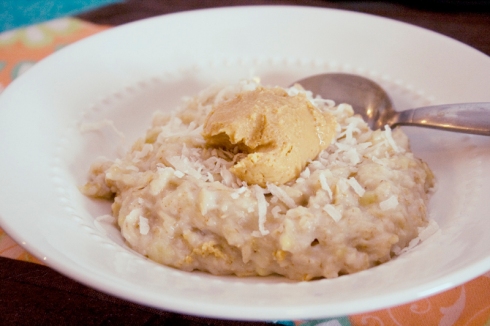 It was so good that Eddie wanted to get in on the action. 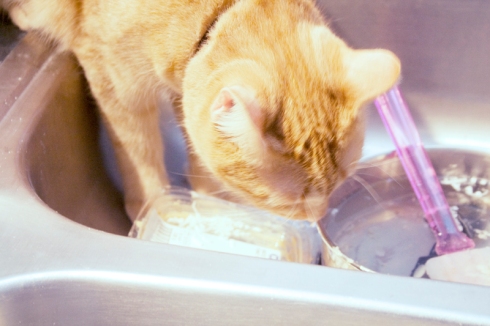 He jumped on the sink and I caught him with some coconut on his nose (but when I was able to try to get a pic, it was gone!) 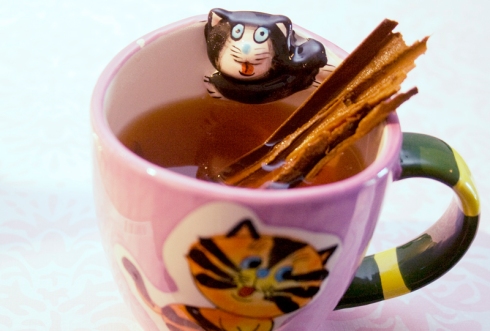 It made the apartment smell really good anyway

For lunch, I made an awesome sandwich with turkey breast, pepperjack cheese and avocado. I had cucumber with lime juice and Tajin for my veggie. 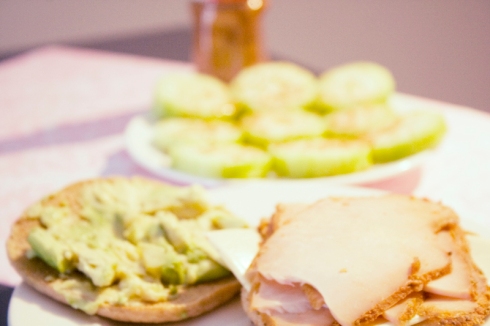 I decided I wanted to replay the Simpsons Hit & Run game… that game was the reason I got back into Nintendo. Back in 2003, I saw this commercial…

and of course, the end got me.. Who wouldn’t want a game with a dancing Evil Homer?! I said to my mom, “I want a Game Cube and that game for Christmas!!!!” anyway.. I did get it and the rest is history 😉